The Return Back Home

Our journey home at the end of March 1999 took us through central Spain to Madrid, then to Burgos and on to Santander.

Our time travelling was spent reflecting on the previous three months especially as our view of Benidorm had changed completely – for the better. We couldn't wait to go back!

In our apartment block we became very friendly with the night porter, a gentleman from Extramadura who had learnt English whilst living and working in Australia. He, in turn, introduced us to an apartment owner from Madrid who very kindly allowed us to rent the following winter - we reserved from 1st November 1999 to 31st March 2000. (The apartment was The Ritz compared to the one we had stayed in!).

On the way to Madrid I did answer my wife's poser - "No, I couldn't emigrate to a foreign country but I really did enjoy the experience which was like a holiday!"

In order to go north we had to negotiate the notorious motorway system around Madrid. We joined only to find ourselves heading for Toledo (south)...we came off and tried again....Toledo!....we came off and tried again...Toledo! The fourth time we managed to find the right direction and north of Madrid we began to climb the Sierra de Guadarrama on the A1 the summer like temperatures of Benidorm (26 degs C) seemed far away as we spookily entered mid-winter at dusk – the car was slipping and sliding on snow and ice! The only option was to stop and find a bed for the night. A small "pueblo" La Cabrera provided a welcoming "hostal" for us. We had driven 350 miles from Benidorm.

Next day took us over the top of the mountain range and down towards Burgos. Looking up at the craggy mountain peaks my wife spotted a small plane. At a layby I stopped to look and commented dryly "That's no plane that's a Golden Eagle" What a sight to see it soaring effortlessly above the dark mountainside.

We arrived at Burgos shortly before 6pm and booked into an hotel. On our way out to find a restaurant we had the amazing experience of seeing the locals walking through the streets in their best clothes (only later did we learn of the daily Spanish custom of taking a "paseo"). The elegance of the occasion was overwhelming. After the all day restaurants of the tourist areas we discovered another Spanish custom – traditionally they eat after 9pm and the restaurants open accordingly! 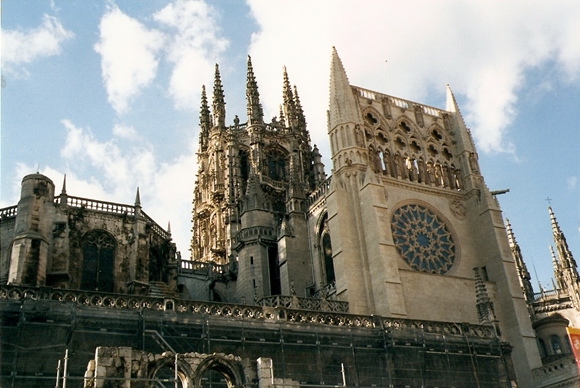 After resting at Burgos we headed for the ferry the next day fitting in time to visit the supermarket Continente (now Carrefour) to stock up with wine and lager. Well I had to repack the car to fit my wife in! The ferry crossing was uneventful and took 24 hours to Plymouth. 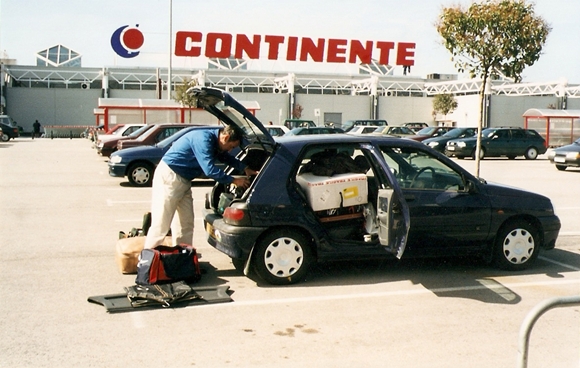 Even though we were met with snow in South Wales on our return in early April I still decided moving to Southern Spain was not for me. 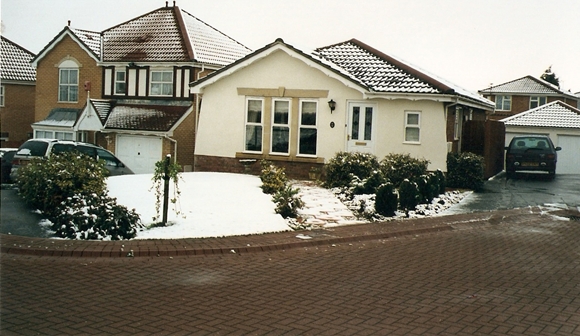 Back home to snow!