Well, we thought, this is going to be a FUN! trip and it wasn't long before the squabbling started - at the second pick-up point, Torrevieja. As there was no toilet on the coach those who joined in Benidorm were ready for a comfort break so exited their carefully chosen seats to go to the appointed cafe. Yes, you've guessed what happened  those boarding at Torrevieja sat down in the taken seats and when the original occupants returned there was war! For some reason no-one had sat in our seats so we just sat back and watched the chaos  elderly people acting like children in a playground!

We arrived in Madrid at 7pm that evening  after a 10 hour trip which could have been completed by car in 4 hours  what a drag! We booked into the Hotel Puerto de Toledo on the south side of the city and by the time we had unpacked and eaten it was time for bed. 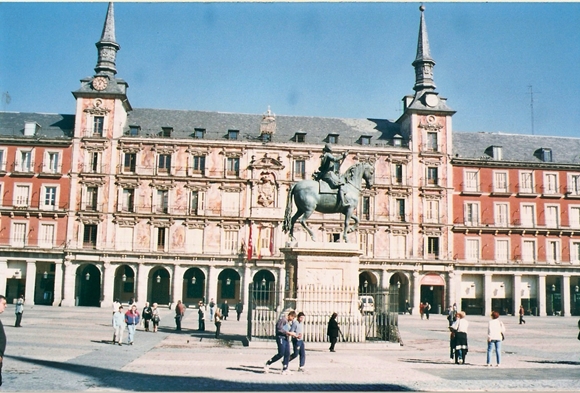 Tuesday and Wednesday were spent visiting the tourist attractions Madrid just oozes culture! The Plaza Mayor, for instance, is the main square originally used for state occasions, executions, jousts, plays and bullfights but now is primarily a tourist haunt, full of outdoor cafes and restaurants. However an air of grandeur clings to the surroundings and the plaza is still used for public functions. 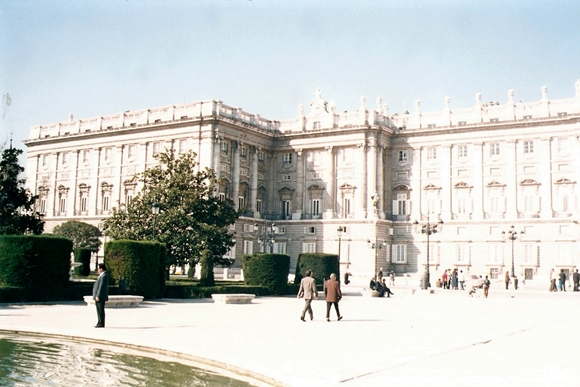 A really impressive building that must be seen is the Palacio Real  the Royal Palace. To give you an idea of the size it has more rooms than any other European Palace, a library with one of the biggest selection of books and manuscripts in the world and there is an armoury with a collection of weapons dating back to the 15th century. 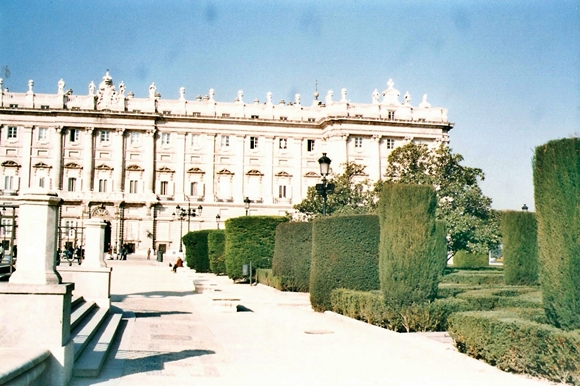 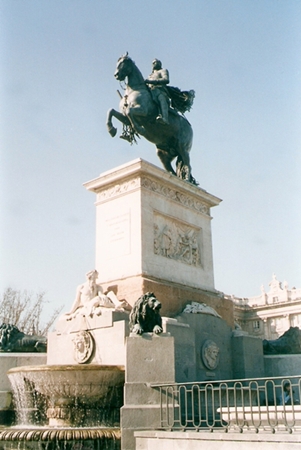 Another of Madrid Royal Palace

If you like museums the Prado is one of the world's finest and cannot be missed  it consists of two separate buildings  the Cason del Buen Retiro which contains many 19th and 20th century paintings and the main building with it's breathtaking collection of paintings, sculpture and jewellery.

Thursday we made the long trip back to Benidorm in good time to see the building of the fallas pronounced fires. There were three in various parts of the town  huge papier mache figures that are burnt on 19th March  Father's Day and in remembrance of St. Joseph the patron saint of carpenters.

Although we did get out a lot during that five months I did feel that living in an apartment for that length of time was rather restrictive especially in bad weather so we explored the possibility of staying in a villa next time. We viewed a property in Calpe about 20 miles north of Benidorm and subsequently made a reservation from 1st November 2000. We left the apartment at the end of March and even though we had learnt so much more about Spain, it's people, the way of life and it's culture my wife still could not persuade me to move from South Wales  I still felt that the step was too big to take.