........the next course consisted of various shellfish which I nibbled at!.........then a salad spread from which I managed to swallow a lettuce leaf (meanwhile my wife was enjoying the evening having selected small portions from each course) and then the main course  a huge piece of lamb with boiled potatoes which I forced down. By the time the dessert arrived it was 2am but I didn't see it I was fast asleep at the table - how disrespectful was that to our Spanish hosts.

When we eventually returned to our apartment the opposite happened  I couldn't sleep  the adrenalin was pumping around my body because I was so full.

After a bad night I woke up to Christmas Day which was very sad for us  the first on our own for a long time and the first ever away from Wales. Our only contact with our families was by short mobile phone calls.

Ignacio's family invited us to join them for New Years Eve to see in the year 2,000  in the open at Plaza Triangular, Old Town, Benidorm where we learnt another Spanish custom. We had been provided with 12 grapes each and a bottle of Cava between us  then, at midnight, after each chime of the clock we had to pop a grape in our mouth and wash it down with Cava  TWELVE times  then kiss everybody for New Year  what a mushy mess! 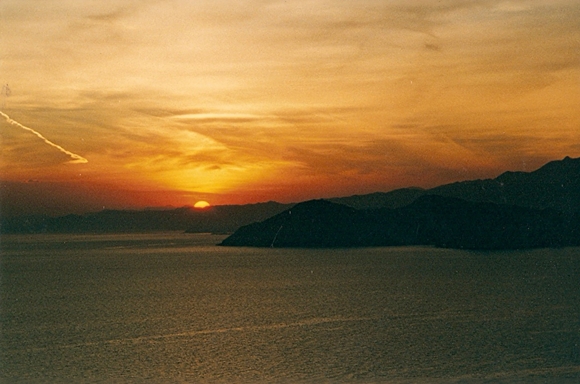 Sunset from the apartment

During the first three months of 2000 we visited three Spanish cities:

January  Alicante  mainly for the sales so we didn't see much of the city. 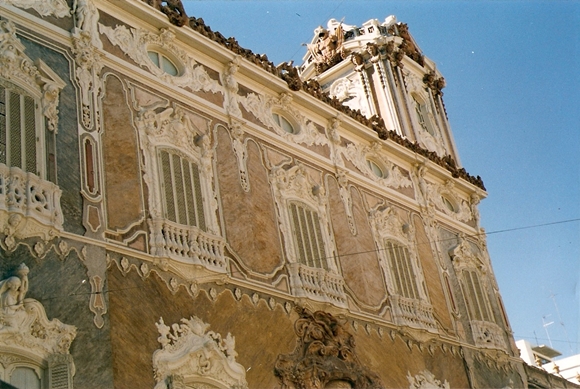 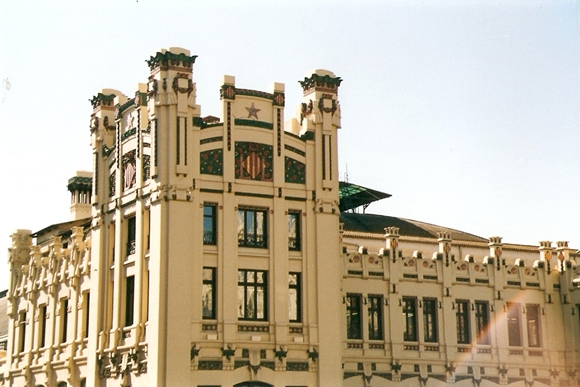 February  Valencia  viewed from the top of a Tourist Bus which we can recommend as an excellent way to view all the grandiose buildings. Scam alert: For lunch four of us were seated at a table outside a cafe when a youth carrying flowers approached us demanding forcibly that we buy them off him. We all turned towards him to protest we didn't want them then his accomplice was behind us out of our view trying to steal a handbag. Fortunately they were scared off empty handed by a painter working nearby. BE WARNED  always be on your guard.

And in March a bus trip and three night stop in Madrid organised by a Costa Blanca travel company.

It was a Monday morning in early March when we boarded the bus in Benidorm and the Dutch guide explained that we would be collecting passengers in Alicante and Torrevieja before the onward journey to Madrid. Not surprisingly he was multi-lingual and all explanations were in five languages. Well to explain the route it was like travelling from Liverpool to London via Bristol!! Anyway we left Benidorm at 9am and then the instructions were given by our guide: WHEN I AM SPEAKING YOU WILL ALL BE SILENT! THERE WILL BE NO EATING ON THIS BUS  well we didn't hear anything more  everyone had a fit of the giggles......................... 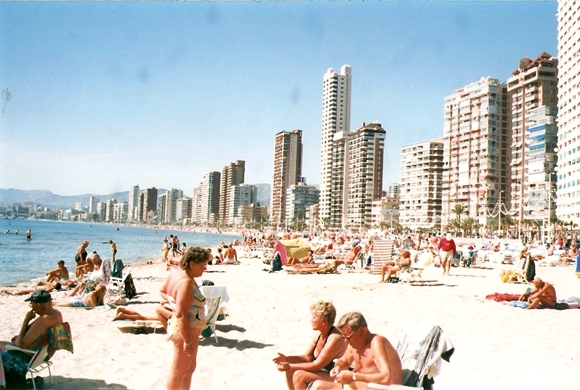